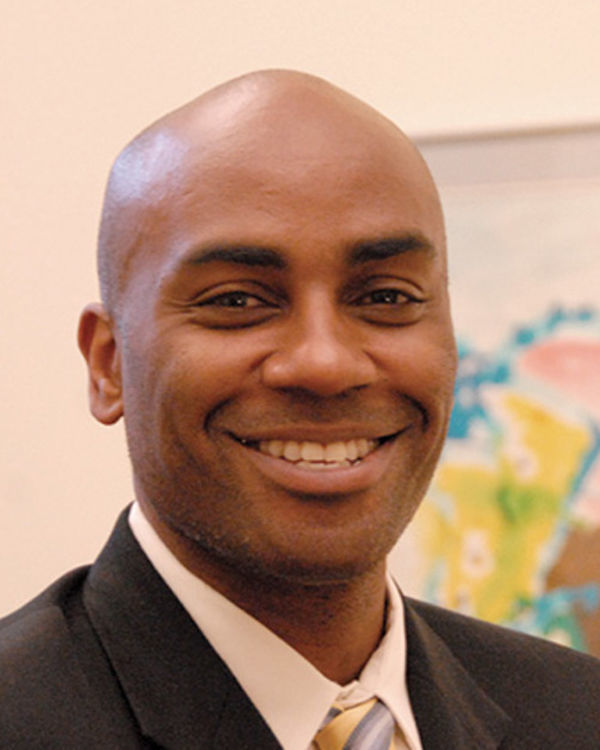 Ernest Morrell, Coyle Professor of Literacy Education and Director of the Center for Literacy Education at the University of Notre Dame, presents his ongoing research to an interdisciplinary group of scholars, artists, and scientists comprised of fellows, guest faculty and students. He was formerly the Macy Professor of English Education and Director of the Institute for Urban and Minority Education (IUME) at Teachers College, Columbia University. He is also an elected member of the AERA Council, elected Fellow of the American Educational Research Association, a past-president of the National Council of Teachers of English, an appointed member of the International Literacy Association’s Research Panel, and convener of the African Diaspora International Research Network. His areas of interest include: the teaching of English, the African diaspora, postcolonial studies, media and popular culture, and literature for children.

In 2015, 2016, and 2017, Ernest was ranked among the top 100 university-based education scholars in the Annual EdWeek RHSU Edu-Scholar Public Influence Rankings. Ernest is also the recipient of the 2017 Divergent Award for Excellence in 21st Century Literacies. Ernest has written more than 80 articles and book chapters that have appeared in publications such as Research in the Teaching of English, Teachers College Record, the Journal of Teacher Education, Reading Research Quarterly, English Education, the English Journal, the Journal of Adolescent and Adult Literacy, and Learning, Media, and Technology. He has authored eight books including New Directions in Teaching English, Doing Youth Participatory Research, The Art of Critical Pedagogy, Critical Literacy and Urban Youth, and Critical Media Pedagogy: Teaching for Achievement in City Schools, which was awarded Outstanding Academic Title for 2014 by Choice Magazine of the American Library Association.

Ernest has earned numerous commendations for his university teaching including UCLA’s Department of Education’s Distinguished Teaching Award. He received his BA in English Literature from the University of California at Santa Barbara, and his teaching credential, his MA and his PhD in Language, Literacy, and Culture from the University of California, Berkeley where he was the recipient of the Outstanding Dissertation award in 2001. Ernest is chair of the Planning and Advisory Committee for the African Diaspora Consortium and he sits on the Executive Boards of LitWorld and the Education for Democracy Institute.